There shall be signs in the Sun, the Moon, and the Stars

Previous Next
Constituents of Astrology in horscope online at atsroshastra 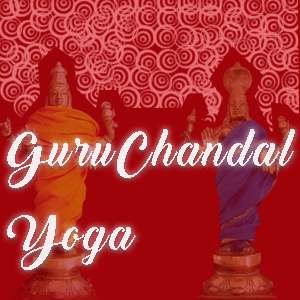 The Earth revolves rounds its axis continuously and also moving round the ecliptical orbit which causes days and nights, seasons and years expressive of the relentless changes in nature. The rising or setting of Sun are indicative of an idea in nature, whereas Sun does not rise or set it is only an effect of movement of the earth on its axis. If we look upon the earth from some celestial body, we will find the earth is like a ball of ecliptical shape and the numerous occupants on its crust are floating at a uniform speed around the Sun like other planets Moon, Mars etc are moving in the sky at varying speeds in regular course. The solar system operates with a definite precision, this will be experienced if we stand on the pedestal of the earth seemingly flat and motionless.

Sun's apparent path is called the Ecliptic. The zodiac is a circle of space surrounding the earth and is an imagined belt in the heaven along which the planets travel. The Zodiacal Circle is divided into twelve parts, each part comprising of 30 degrees and called the signs of Zodiac. So a sign can be termed as a one-twelfth division of the Zodiacal Circle and is defined as containing 30 degrees of celestial longitude. In the circle, the planets travel in its orbit, going through from one sign to another and completing the whole Zodiac.

In Hindu Astrology, this system has been explained as space time connection and'the sages have said that Mahakala known as eternal time, surpasses human imagination of a beginning or any end. Within the limitations of human imaginations Kala (time) in past, present and future is continuous and connotes the idea of space of span (Byapti), space suggests progress (Byapti). Gati suggests the existence of energy. Therefore, time is conceived as energy in progress. It is dynamic Chakra (wheel) indicates the idea of encircling a space, limitation of the unlimited; cyclic phase or continuous journey. In design and conception Kalachakra points to a limitation of the unlimited; dynamic time in cyclic phase. The Kalachakra with Graha (planets) in it is the picture of the Zodiac denoting time and related to space.

Out of five causes of the nature, the first is space (Akasa) and is without any colour or form. It is a big Zero (Shunnya). Within the space, there are four elements AIR, FIRE, WATER and EARTH each has threefold attributes, SATTVA, RAJAS and TAMSA and makes up 12 grand divisions in the nature. So the Zodiac in which earth and all the planets are permanently imprisoned by gravitation force and revolve round the Sun is divided by 12 clusters of stars, each is termed RASI, or "SIGN OF THE ZODIAC." Rasis represents 12 months in a year, and a mechanical device, 'clock' resembles the face of Kalachakra has been divided by day and night and by 12 hours in each.

Actually the stars are stationary and do not change their place or positions. There are no such lines of divisions in the celestial sphere, these divisions are imaginary for giving as idea. Manomaya chakra (wheel of mind) is an other name of Kalachakra.

NAMES OF RASI OR ZODIACAL SIGNS

Each sign possesses a certain specific characteristic and influence of its own.

The motion of the earth around the Sun once a year causes the Sun to pass through one of the 12 signs each month. Its influence, according to location, determines not only the seasons but also the general nature and character of persons born at that time.

The other planets also, as they travel around that Zodiac, exert an influence according to their separate natures and in accordance with the quality of aspect which they form.